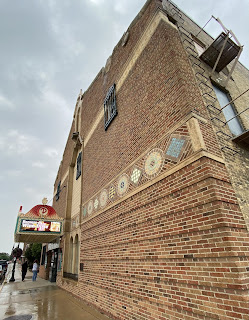 "Starting at 4:55 p.m. (a) tornado in less than eight minutes had covered a path two miles long in Austin, where the damage was estimated at more than $500,000." The tornado which started near the Iowa border, ripped through southeast Minnesota, and continued on to Iowa in 1928. The amount of damage now in 2021 would be some seven million dollars. Among the destruction in Austin, MN was the Park Theatre, roads, farm buildings, and more than fifty automobiles were swept away.
Coming from Oklahoma, my history with tornadoes is deeply rooted and I cannot imagine living through this devastation at anytime let alone in 1928 where farmers were bringing in injured from their fields the next day in the back of their pick up trucks. The life expectancy in America was 55-58 years old on average. The first automatically sliced commercial loaves of bread were invented in the same summer.
As we do, they rebuild and not only did Austin rebuild, but they went bigger and better. Built in 1929, this beautiful theatre hosted first run movies and live events until 1975 where it's purpose ranged from a disco, non alchoholic teen club, and comedy club before standing vacant. In 1992 it was repurchased for the use of a movie theatre/live venue again and the restoration began.
Flash forward to 2021 when Myke, Laura, and I stopped by after our trip to the SPAM Museum. 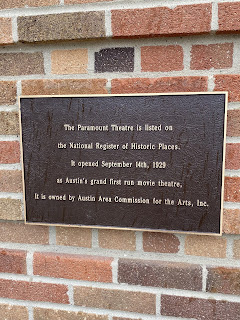 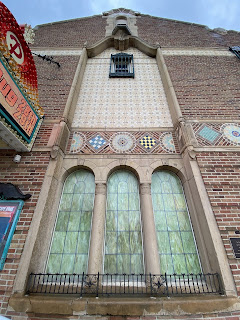 Walking up you can already see the beautiful vintage details on the building itself. The marquee a replica of the original one, the large green windows, stone spire that was replaced from a lighting strike in the 1940s. The theatre that was on the space before, Park Theatre was torn down by a tornado. Ellerbe Becket, an independent Minneapolis based architectural, engineering, interior design and construction firm was hired to design the Paramount - Austin's first first-run movie theatre. Ellerbe Becket went with an atmospheric theatre style which was made popular in the 1920's by John Eberson. 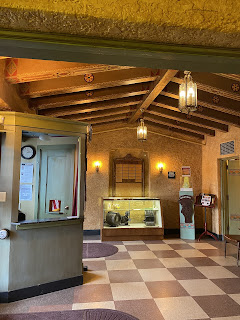 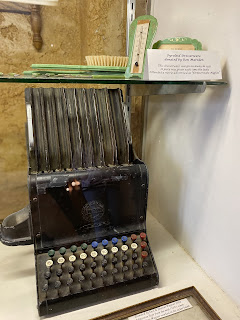 Walking in we were greeted by a wonderful man whose name we did not catch. He told us that for the first few months of his job, he spent as much time as possible at the Austin Historical Society reading up on the theatre. (They offer very informal "self guided" tours Wednesday and Fridays 12-5.) He was setting up Because of Winn-Dixie as the movie for the night. They do offer first run movies still, but during the pandemic found that family friendly movies were good for business. 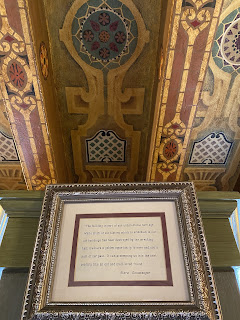 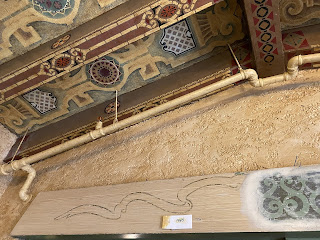 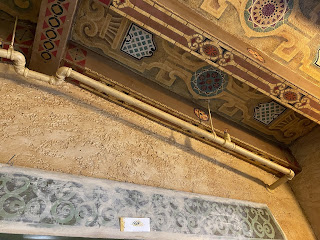 In 1992, the restoration on the Paramount began. The historical painter they hired used this “acid stuff” to melt away all the paint layers of the nightclub era to find these beautiful stenciled patterns underneath. Here you can see the original paint from 1943 and on the right 1929. 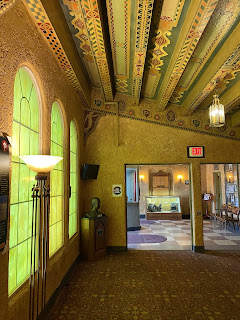 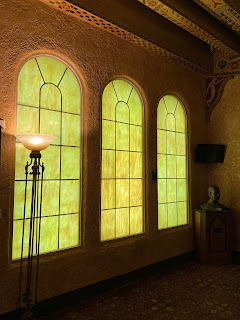 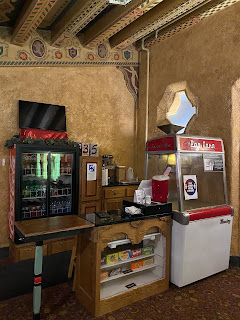 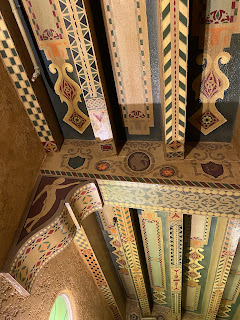 Further into the lobby, the beautiful green windows greet you. I can definitely imagine wanting to see and be seen here. They have the original popcorn machine from the theatre as well, but it hasn't been in their possession the whole time. During one of the new ownerships, the popcorn machine was auctioned off. In the last 20 years, a patron saw in on the side of the road and made a call saying "I think I know where this belongs." 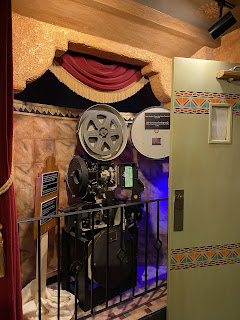 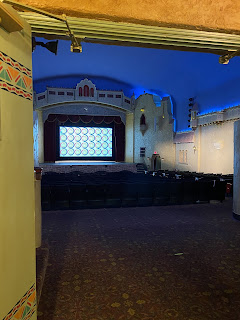 The meaning of "atmospheric" theatre truly shows itself once you step into the theatre. The auditorium is designed in the Spanish Baroque style and I’m actually dead thinking about dressing up in the 1930s to go see and be seen in this beautiful building. 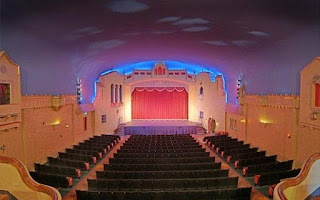 They refinished the roof last year including the beautiful star filled ceiling, with the help of The Hormel Foundation (SPAM) paying 80%. The next step in the restoration is making the lobby larger and the entire building ADA complaint. This is an issue at large, but something he encounters rather often because they have a lot of kids in their art programs that could use a ramp up to the stage. Also, elevators up to the balcony seating and down to the main bathrooms. He even mentioned the steepness of the auditorium floor as being unmanageable for someone in a wheelchair - "wouldn't even ask them to try". They did have a first floor bathroom that was available upon request - I'm assuming it's typically an employee bathroom, but even it would not be easily accessible in a chair. 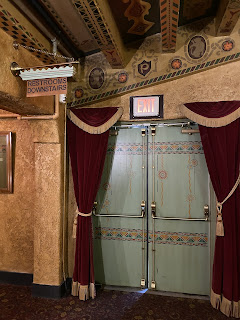 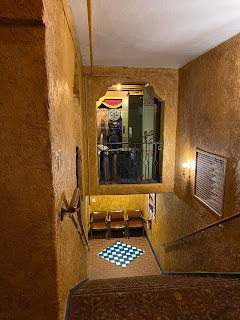 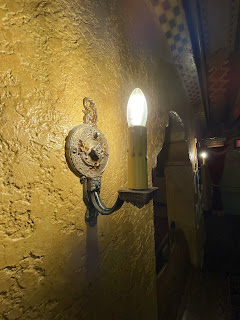 The bathrooms themselves still had a lot of the original gorgeous details including more stenciled art they found underneath layers of club dirt. Our guide told us that one of the rooms, now used for storage, used to be a lounge for the fancier clientele. 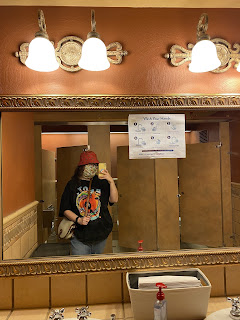 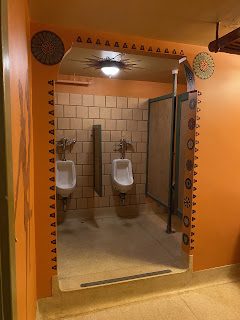 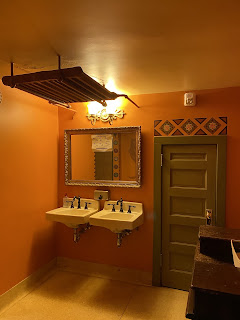 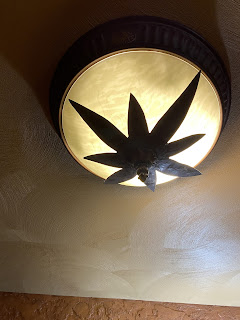